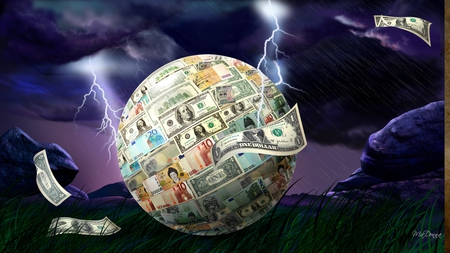 Above is a graph showing the activity of central banks in changing the size of their balance sheets. We think that many market participants have underestimated the effect quantitative easing has had on markets. This great monetary experiment has been, without a doubt, one of the major causes of the ubiquitous global asset price inflation we’ve experienced over the past decade. Since the slow withdrawal of this massive stimulus began in early 2018, markets steadily became more volatile. So much so that the Fed hit the pause button in December last year.

Worldwide PMI surveys indicated that manufacturing more or less stagnated in February, with growth of business activity dropping to a 33-month low amid a faster decline of global trade flows

Equities: Investors are taking advantage of low implied vol on VIX (above) and buying up VIX call options to protect this year’s sharp gains in stocks. Early sign of markets has reached a short-term peak.

US housing starts dropped 11.2% in December compared to the prior month to a seasonally adjusted annual rate of 1.078 million according to the Commerce Department on Tuesday. That was far below the 1.3% dip economists surveyed by The Wall Street Journal were expecting. Housing starts are however volatile on a monthly basis and often see large revisions later.

US home ownership advanced to its highest level in nearly five years in the fourth quarter of 2018 according to US Census Bureau figures, indicating there is a shift back towards owning over renting. The percentage of American households that own their homes stood at 64.8% in 4Q18, up from 64.2% a year earlier

The United States: Consumer inflation expectations continue to drift lower. The Federal Reserve Bank of Cleveland reports that its latest estimate of 10-year expected inflation is 1.97 percent. In other words, the public currently expects the inflation rate to be below 2 percent on average over the next decade.

The United States: The US GDP growth has slowed but is expected to remain above potential. Worries regarding the impact of tariffs and trade wars, alongside wider political uncertainty, undermined business confidence, with expectations of future growth running at one of the most subdued levels seen for over two years and suggesting downside risks prevail for coming months.

The United States: Many analysts are predicting that the next rate change by the Fed will be a cut. Will the easing of trade tensions with China change this view?

The chart compares the yield on a broad USD corporate bond index (Barclays Global Aggregate Credit Index) to what you get from risk-free cash (USD 3 Month Treasury Bill yield). This chart covers the USD markets specifically, but the same dynamics have played out globally. The yield pick-up (i.e. extra yield) has declined to just 0.6% – that’s all you get in return for taking materially more credit risk, in addition to significant interest rate risk (remember, corporate bonds carry both risks). Reaching for yield in corporate bonds used to be well compensated. Those easy money days are now gone.

The Eurozone: Here is the UBS Eurozone economic surprise index. Even as economic data momentum has improved and inflation expectations have stabilized, the fact of the matter is that both market measures and realized data have showed that GDP and CPI are underperforming the ECB’s Staff Economic Projections back in December.

The Eurozone: Credit indicators in the Eurozone have softened a bit – especially business loan growth. During the last quarter of 2018, the annual growth of loans to private non-financial sector in the euro area stabilized at around 3.3%. However, survey data have showed a lower increase in the net demand of both households and enterprises since the beginning of 2018. Furthermore, and unlike in 2018, banks no longer plan to ease their conditions in 2019 Q1. In addition to the economic slowdown, these factors could weigh on the developments of loans outstanding in the euro area during the next quarters.

The Eurozone: Based on historical PMI “price pressure” responses (and falling inflation expectations above), the ECB should be easing in the current environment.

Domestically, unemployment held steady in February at 7.8 percent, its lowest level since 2008, the EU statistics authority Eurostat said last week. And wages are rising in countries like Germany where shortages of skilled workers are making themselves felt. But the stronger labour market has not had the expected impact of boosting inflation towards the ECB’s target of close to, but below 2.0 percent — the core of its mandate to secure price stability over the medium term. Year-on-year price growth was just 1.5 percent in February and 1.4 percent in January, Eurostat said, with the “core” figure — ruling out volatile items like food, alcohol and energy — even lower at 1.0 percent.

The surprise of no one, Italy has gone into a recession – two consecutive quarters of declining GDP growth. Europe’s fourth-largest economy contracted by 0.2% in Q4 2018 after a 0.1% drop in Q3, according to the Italian National Institute of Statistic

As a result of continued falls in output and new orders, Italian manufacturers decreased their purchasing activity for the eighth successive month. The rate of contraction was sharp and the fastest in three months.

The Eurozone: Here are the details of Germany’s GDP growth. The IHS Markit Flash Germany Composite Output Index registered a reading of 52.7 in February, up from 52.1 in January and its highest since last October. Nevertheless, the index continued to point to one of the slowest rates of growth seen over the past five-and-a-half years.

Encouragingly, the rate   creation accelerated, and new orders declined only marginally, arresting the downward momentum seen over the past couple of months.

Japans latest inflation data, showing that core inflation picked up to 0.8% (year-on-year) in January, increasing from the 7-month low in December 2018 and matching expectations. However, it remains a far cry from the target 2% rate the Bank of Japan would like to hit.

The Consumer Confidence Index in Japan dipped from 41.9 in January to 41.5 in February, representing the lowest reading since November 2016. Most sub-categories weakened, including the willingness to buy durable goods (generally more expensive items) and income growth. There was a small improvement in the household perception on employment prospects.

The Caixin/Markit manufacturing PMI reading was 49.9 for February, and although this was in marginal contraction territory (the third month of being below 50), it represented a solid improvement over the 48.3 reading in January and was above the 48.5 score economists were expecting. The reading close to 50 suggests a stabilization in the economy is occurring and that some stimulus measures authorities have rolled out are kicking in.

In 2018 the level of Chinese bond defaults jumped as the central government started to allow corporates, local government finance vehicles and even state-owned entities to default on their debts. China supplies around one-third of global economic growth but has accounted for 60% of global credit growth. As Chinese businesses and consumers are facing greater difficulty in accessing new debt, their ability to invest and consume is falling. This Chinese sneeze could cause the world to catch a cold.

China: This chart shows China’s home price appreciation by tier. The price growth slowed as the sentiment and outlook turned bearish. But the government has taken on a strategy of keeping prices stable, which means cities where there were price jumps will cool down, but a big price drop is also not going to be permitted.

Beijing has set a lower economic growth target for this year and will step up fiscal measures to stabilise growth. To achieve its aim of doubling the size of the economy in the decade from 2010 to 2020, China must post growth of 6.2 per cent this year, economists at Morgan Stanley estimated. Overall, government expenditure will rise to over 23 trillion yuan (US$3.4 billion), up 6.5 per cent from the previous year.

If unemployment recommences its grind lower, the RBA will reject market fears of a recession and will likely edge rates higher in 2020. But if unemployment starts rising, even by as little as a few tenths to 5.5%, history says the RBA will be cutting rates again. The year ahead looks to be more challenging on the employment front.

The chart above tracks RBA various rate expectations over time versus what has actually transpired.

More recently, the impact of tighter lending restrictions for borrowers, something that has also seen prices begin to fall across the country, led by declines in Sydney and Melbourne, has also weighed on Perth property values of late.

Across Australia, more than 1,036,214 households are estimated to be now in mortgage stress (last month 1,026,106), another new record. This equates to more than 31% of owner-occupied borrowing households. In addition, more than 28,903 of these are in severe stress (last month 25,750). We estimate that more than 66,000 households’ risk 30-day default in the next 12 months, up 3,000 from last month. We continue to see the impact of flat wages growth, rising living costs and higher real mortgage rates.

As the wealth effect from rising house prices reverses, households should continue to deleverage and their savings rate should start to pick up his will, in turn, result in weak/contracting household consumption growth (i.e. the primary component of GDP), and should result in a recession later this year or early next year.

Services concerns: Retail trade and hospitality were the weakest services sectors in early 2019 as consumer-focused business face increasingly tighter conditions. Services businesses reported weak customer demand in February due to extreme heat and drought conditions in some areas of Australia, flooding in others and a deterioration in consumer spending. The lower Australian dollar increased competition for local businesses and increased costs for those using imported inputs, however some businesses benefited from an uptick in export orders.